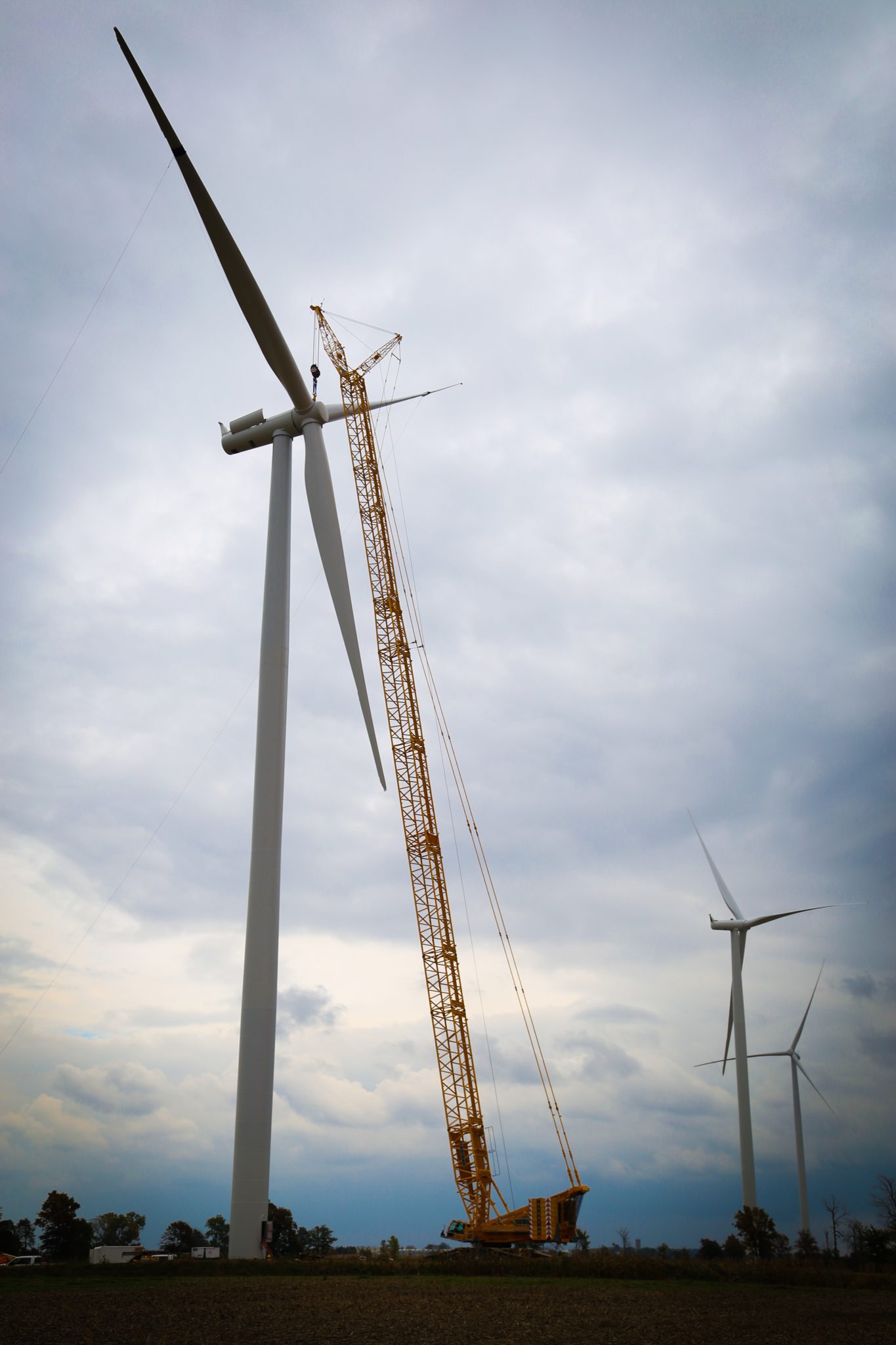 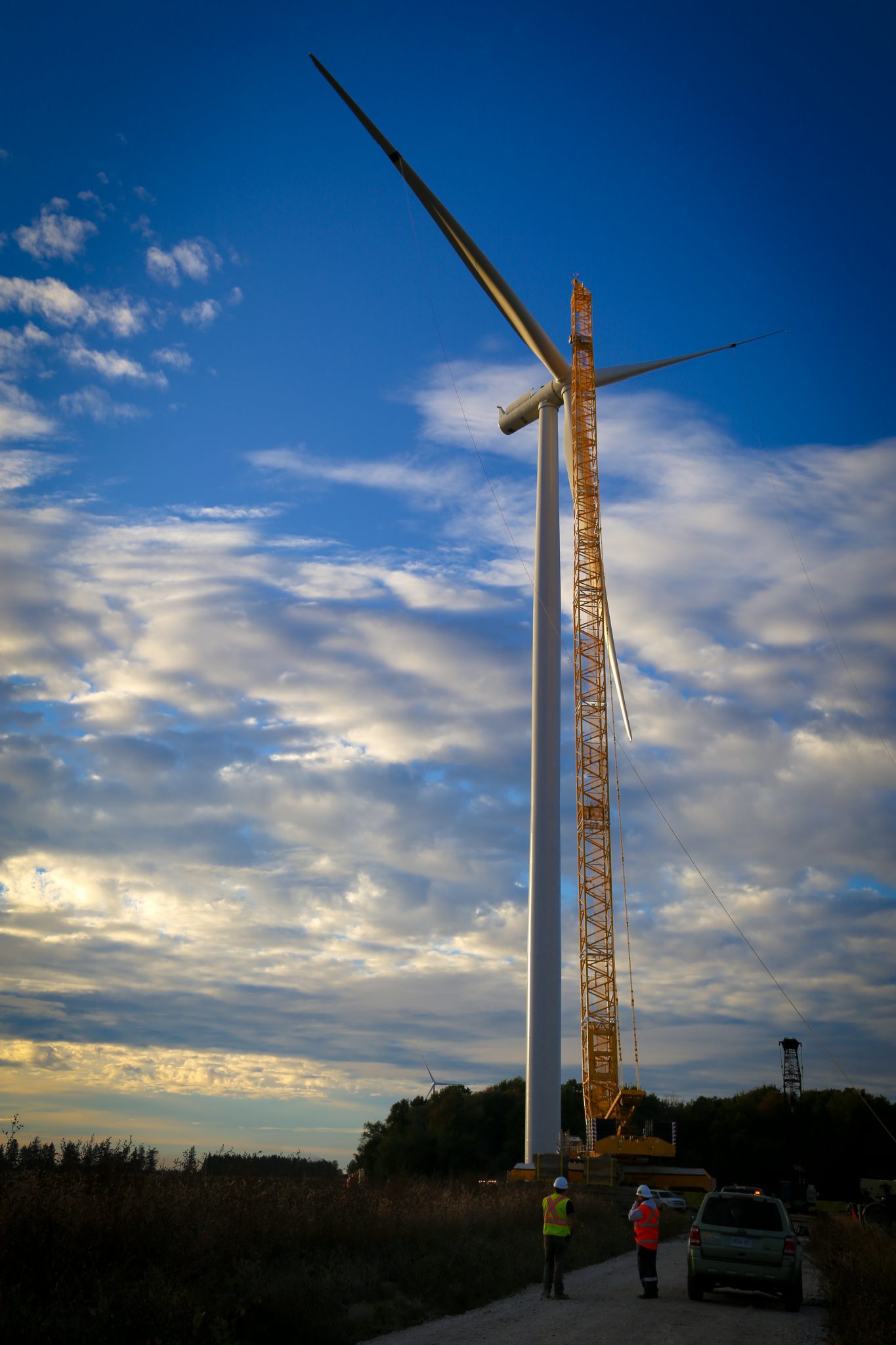 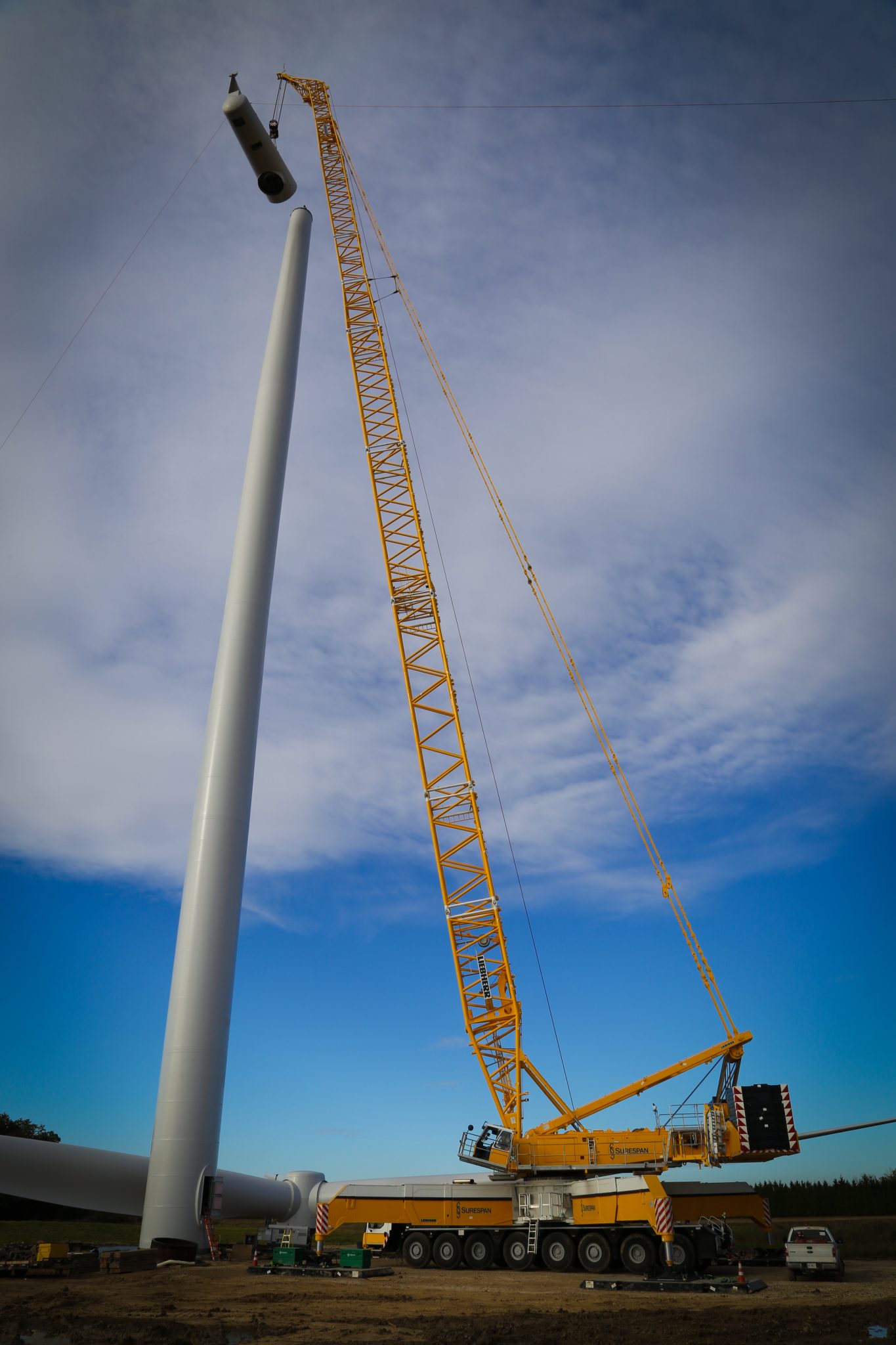 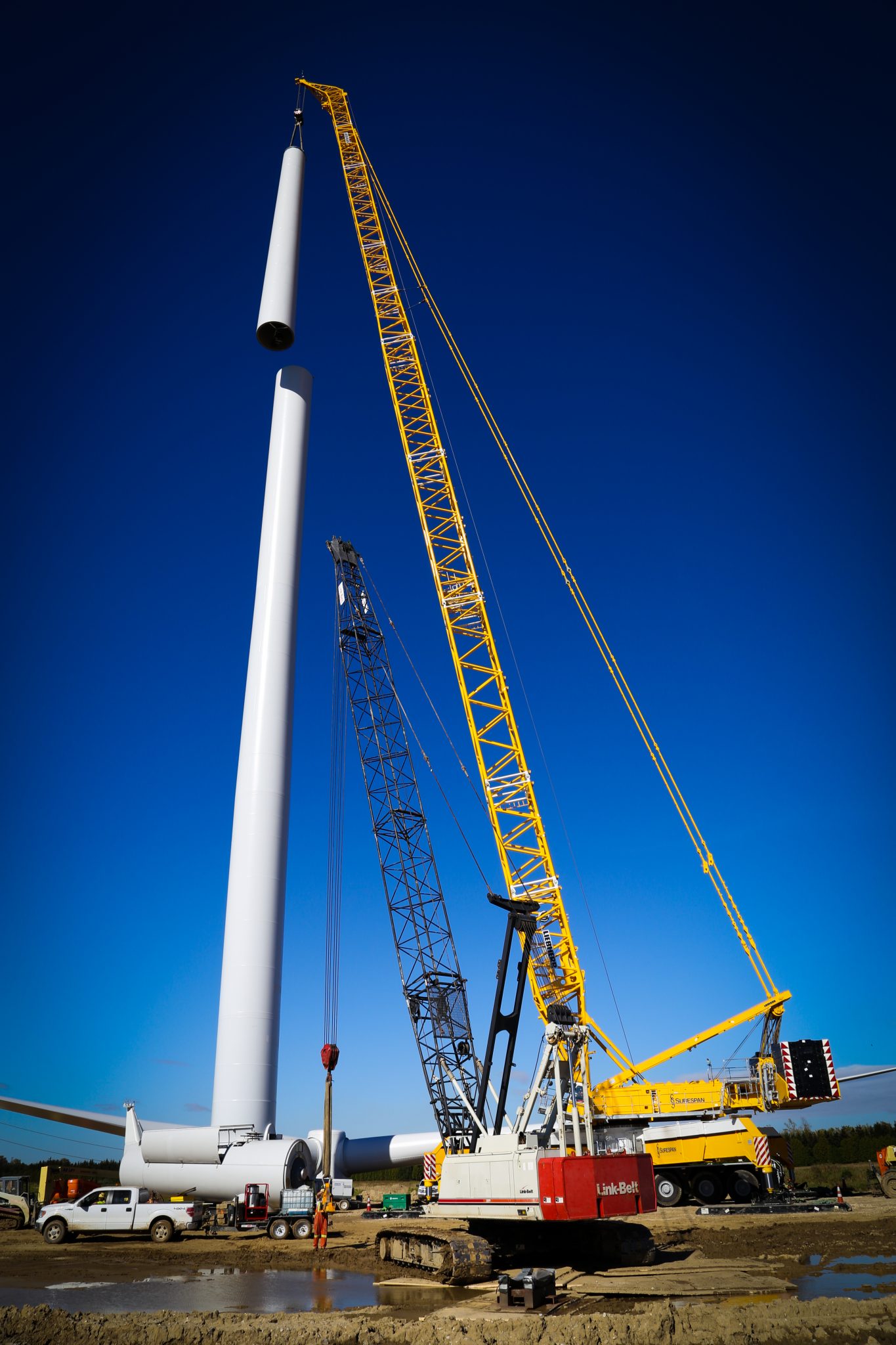 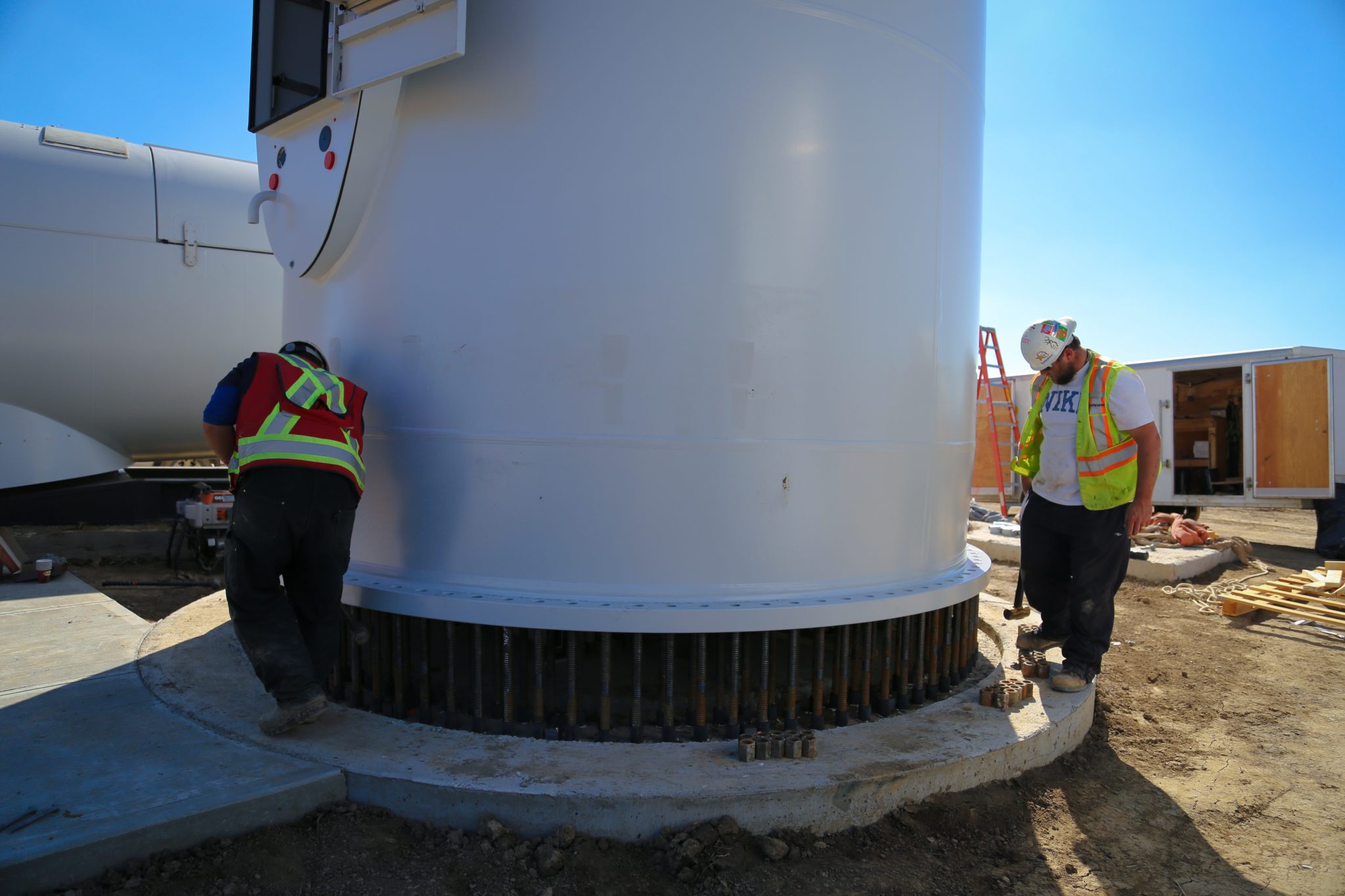 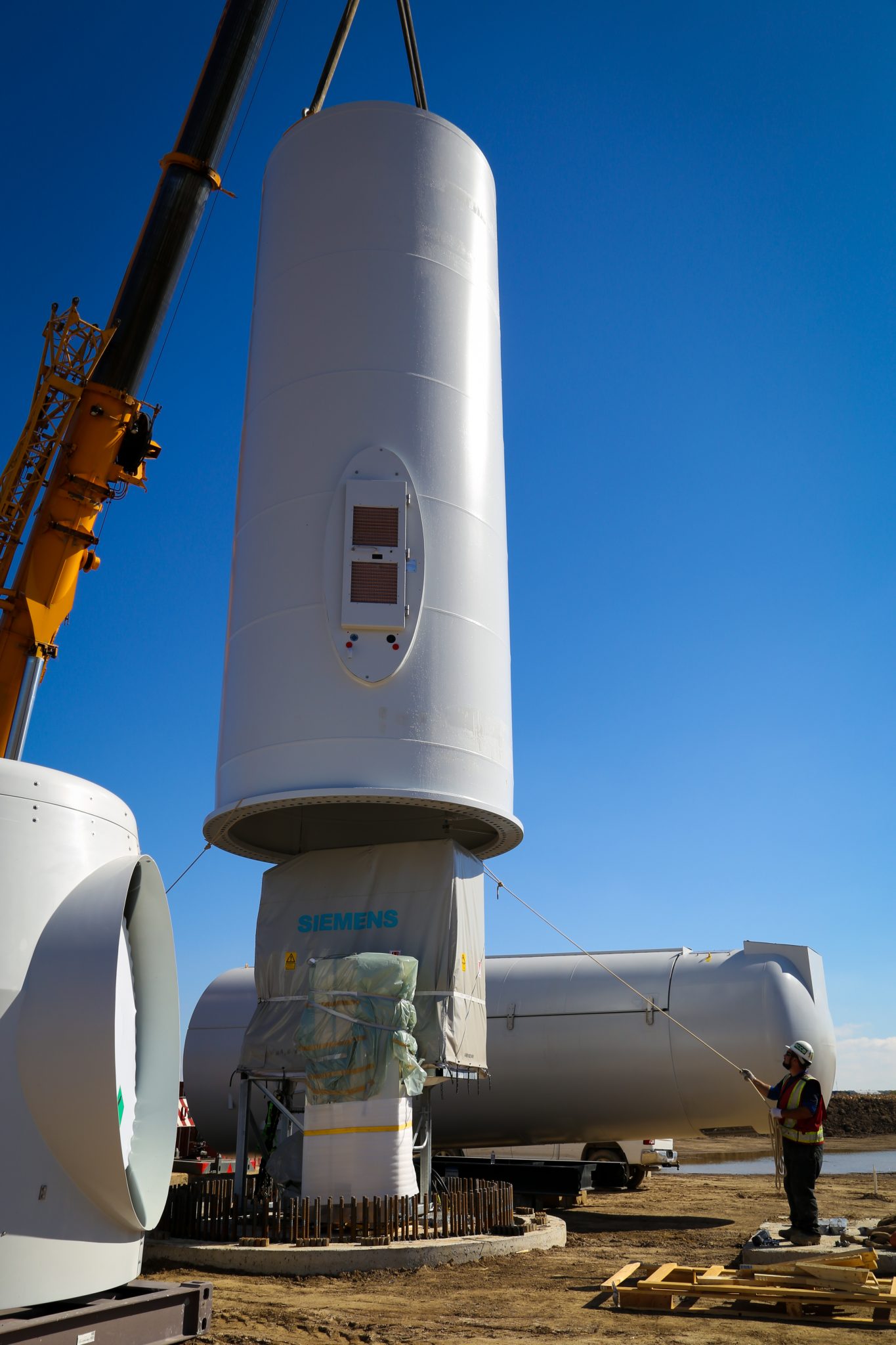 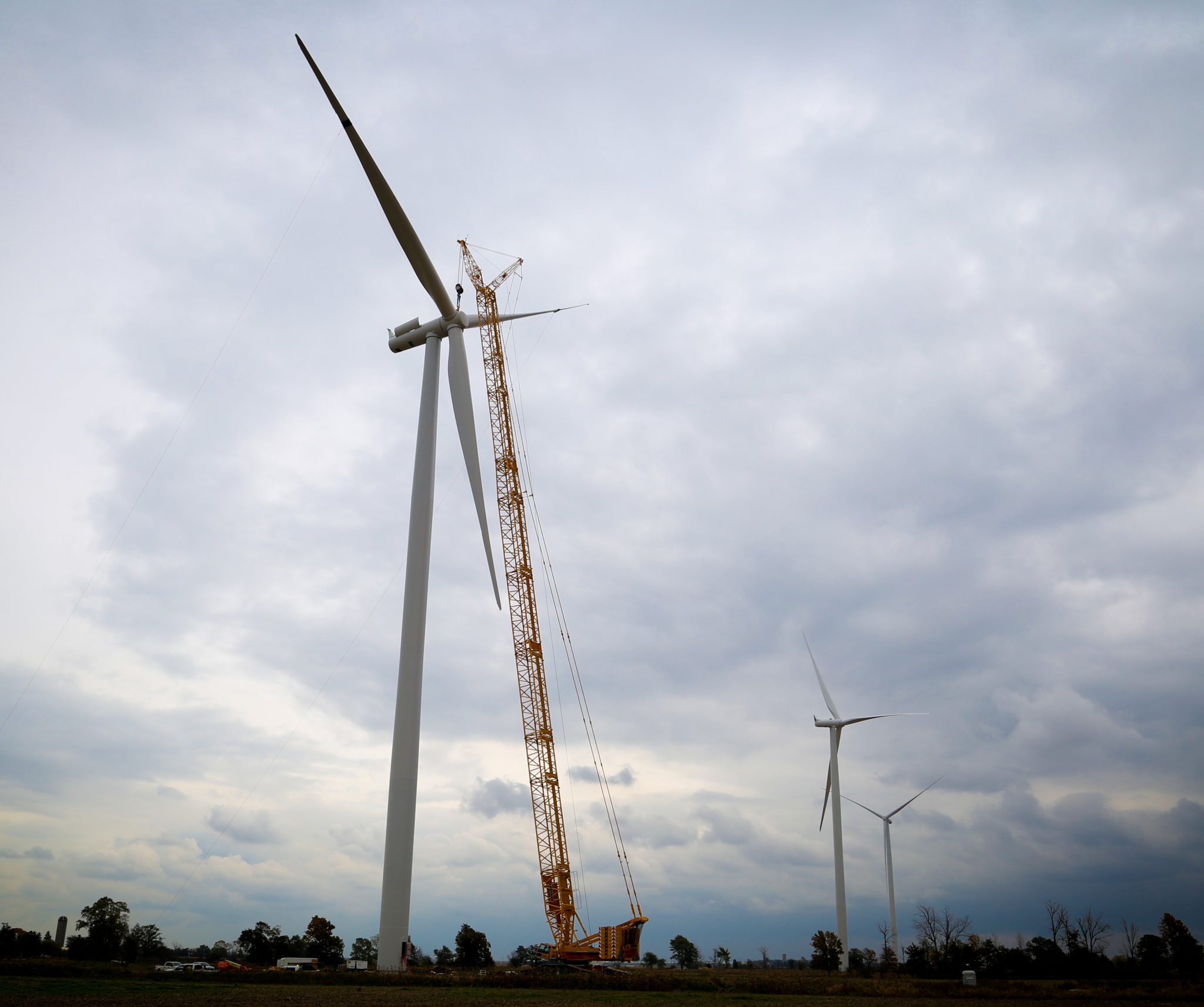 The site owner/developer is a partnership between Samsung Renewable Energy, Inc. & Pattern Energy Group LP. RES Canada was selected to serve as the general contractor to oversee project management of all construction activities. South Kent Wind is the tenth renewable energy project built by RES Canada. The main erection crane for the towers was the “Vivian”, one of Surespan Wind’s new LG1750. We also used many RT and AT cranes from various suppliers. There was an average of 300 Surespan workers on-site throughout project construction beginning in July and approximately 500 workers during peak construction periods. The weather in June was so extreme with heavy rains and the resulting mud, which meant that rain mats were required to support the cranes and protect the ground. Over the winter months temperatures fell to 40 below and worse. We had to start reducing capacities after about 34 below and motors and hydraulics were our biggest challenges. Our equipment has winter backup systems with pre-heaters etc. so that we can carry on and be as productive as possible during the cold months. High winds blowing the snow in the fields would shut down even snowplows. Lack of visibility would also shut us down. But once the wind stops we come in and dig ourselves out and carry on working again.