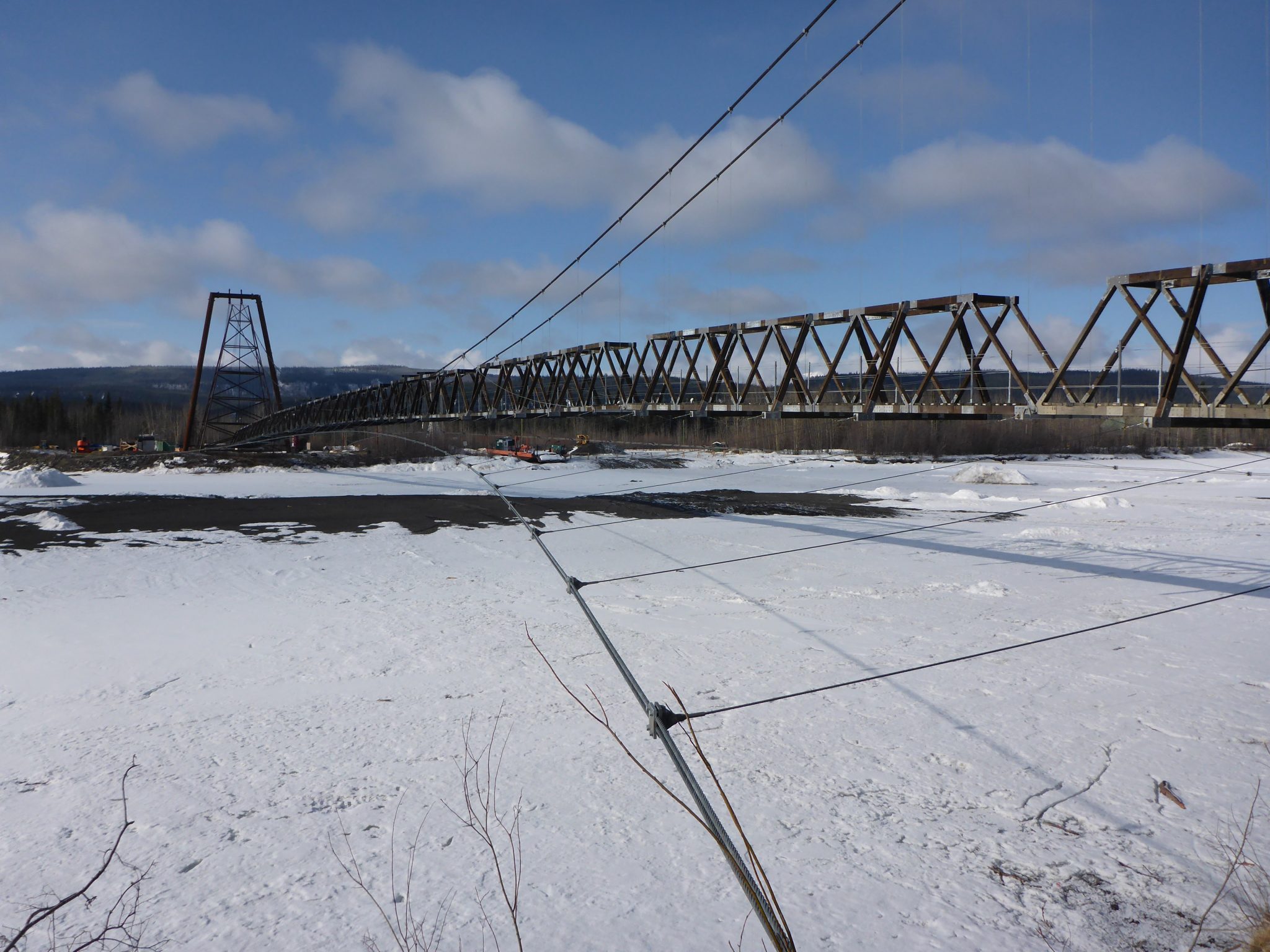 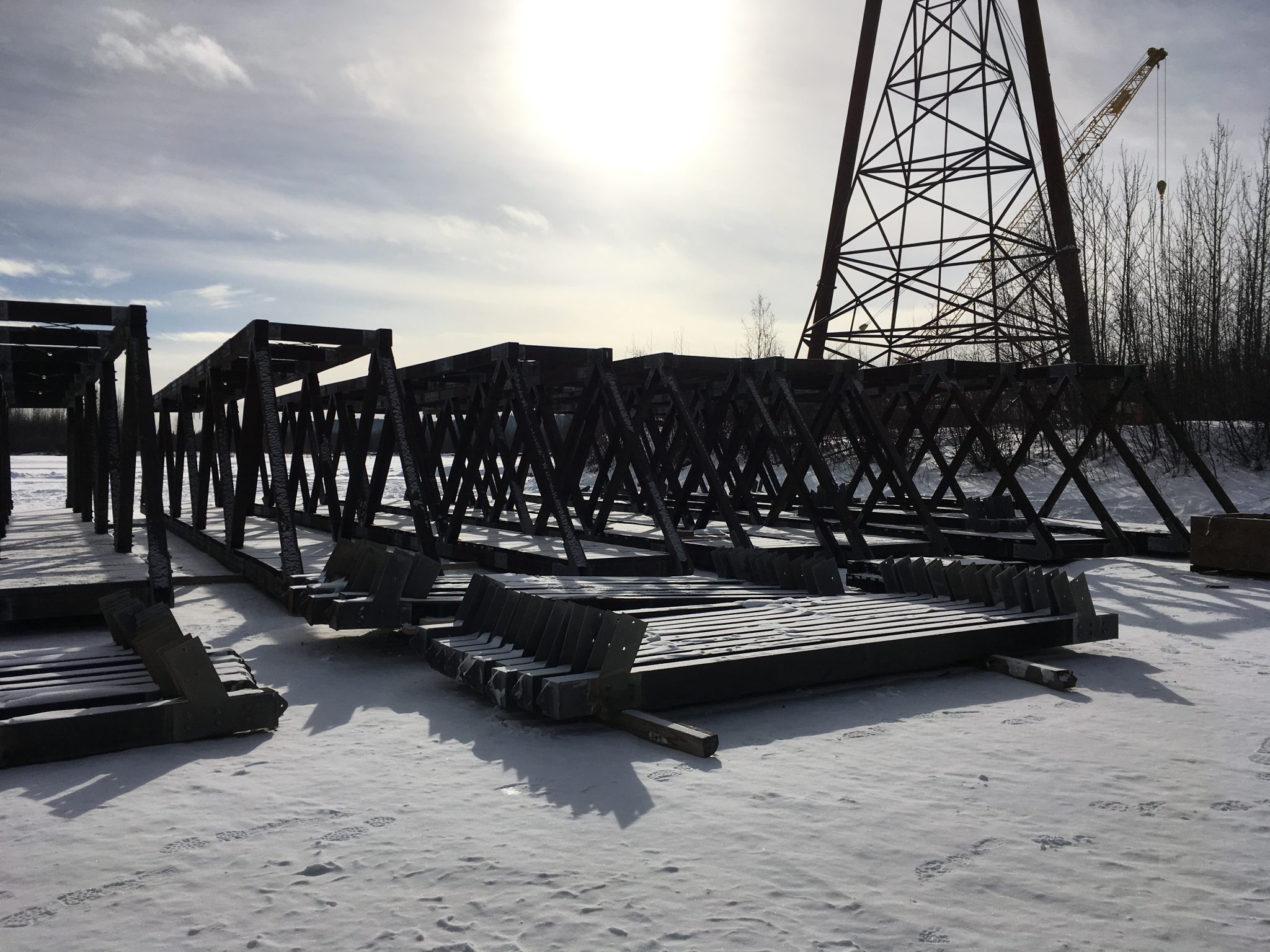 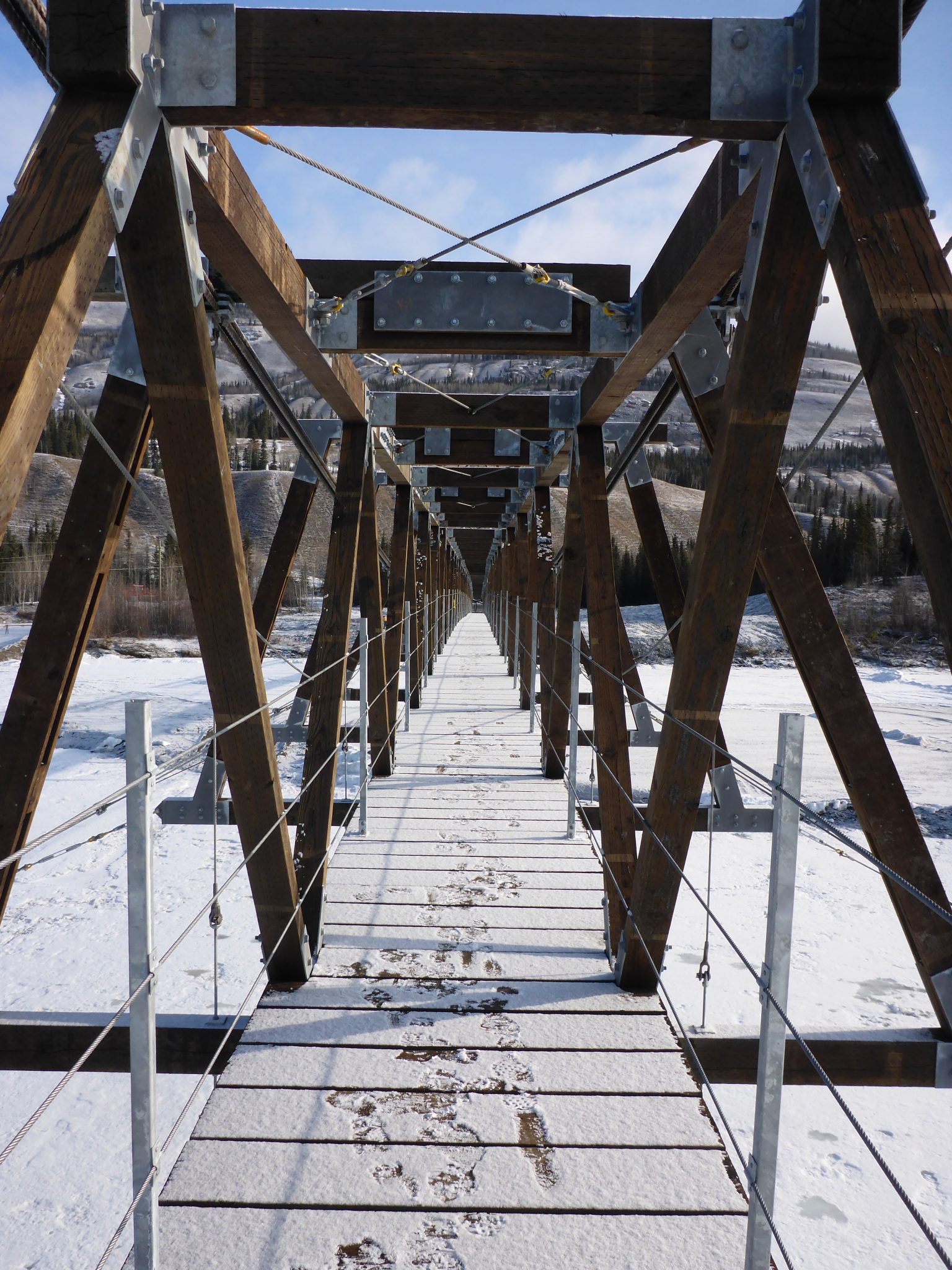 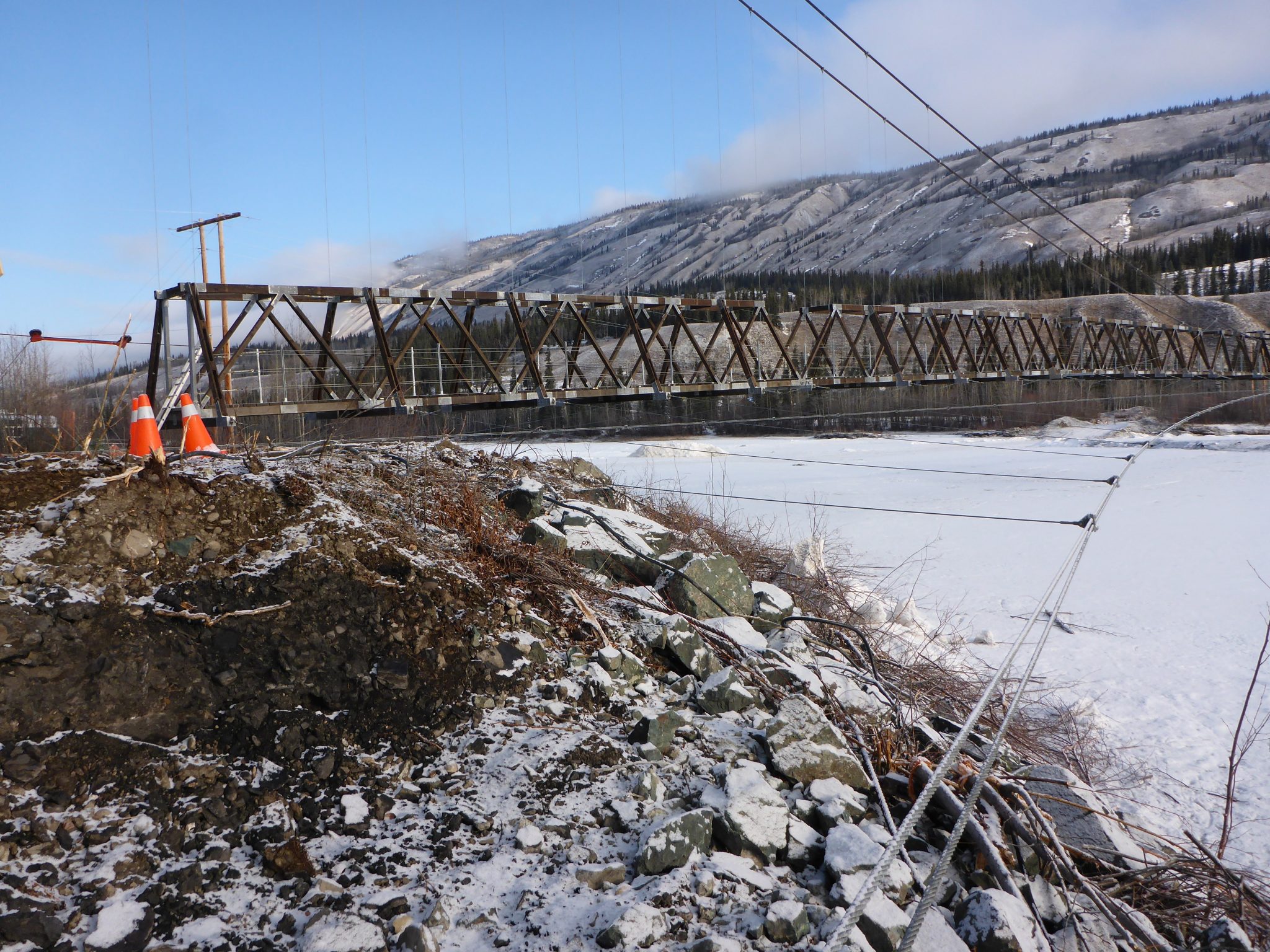 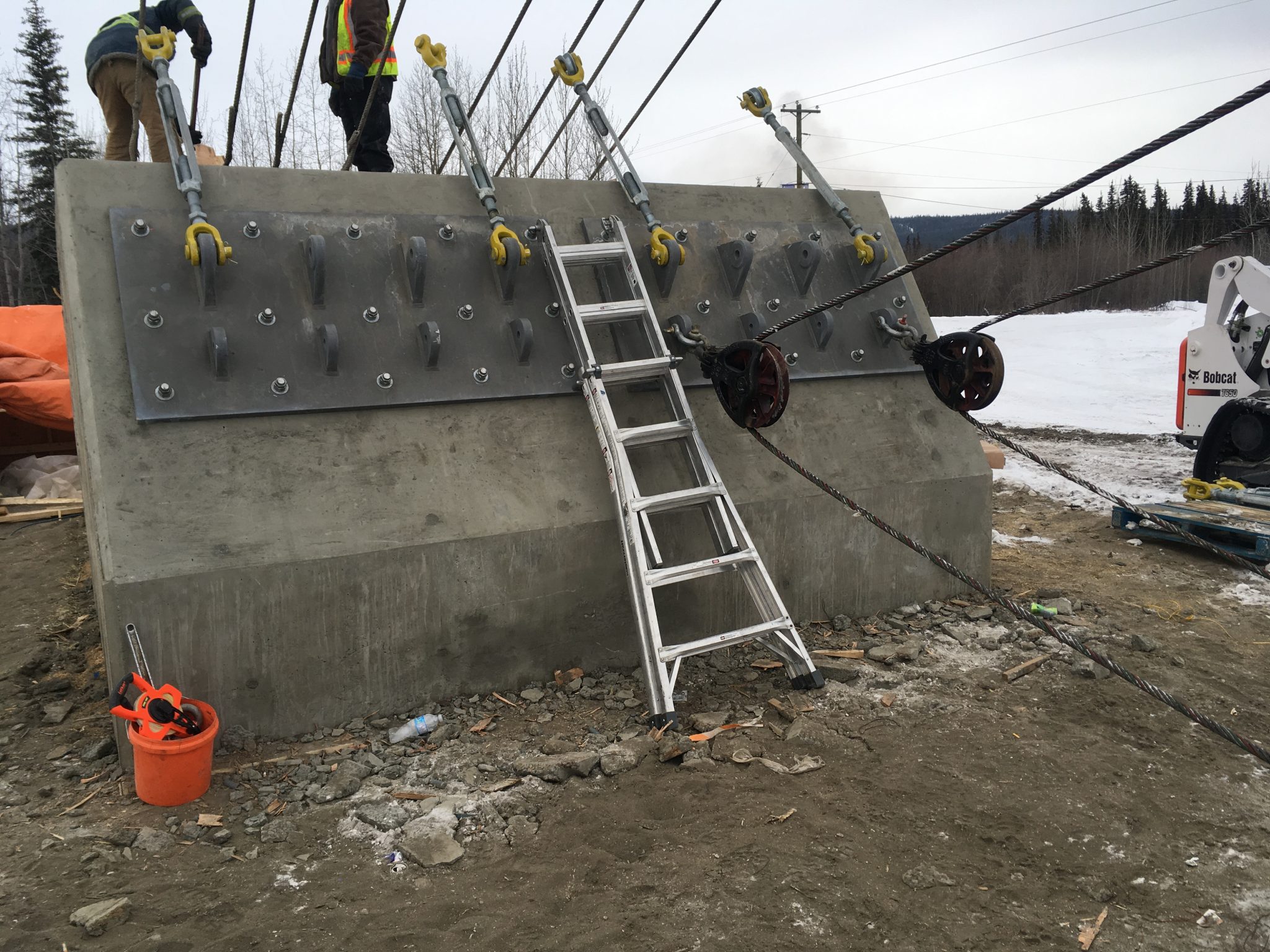 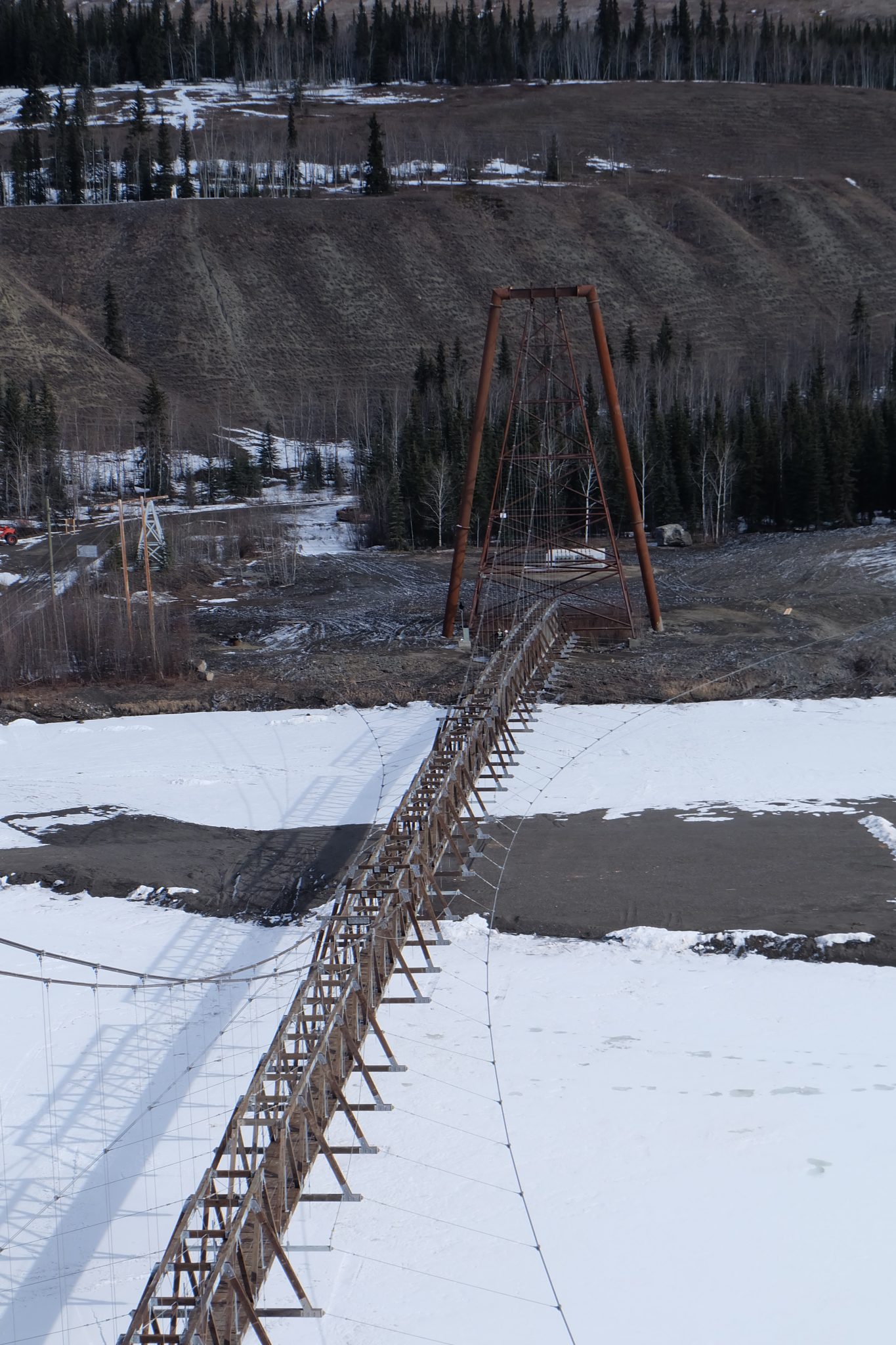 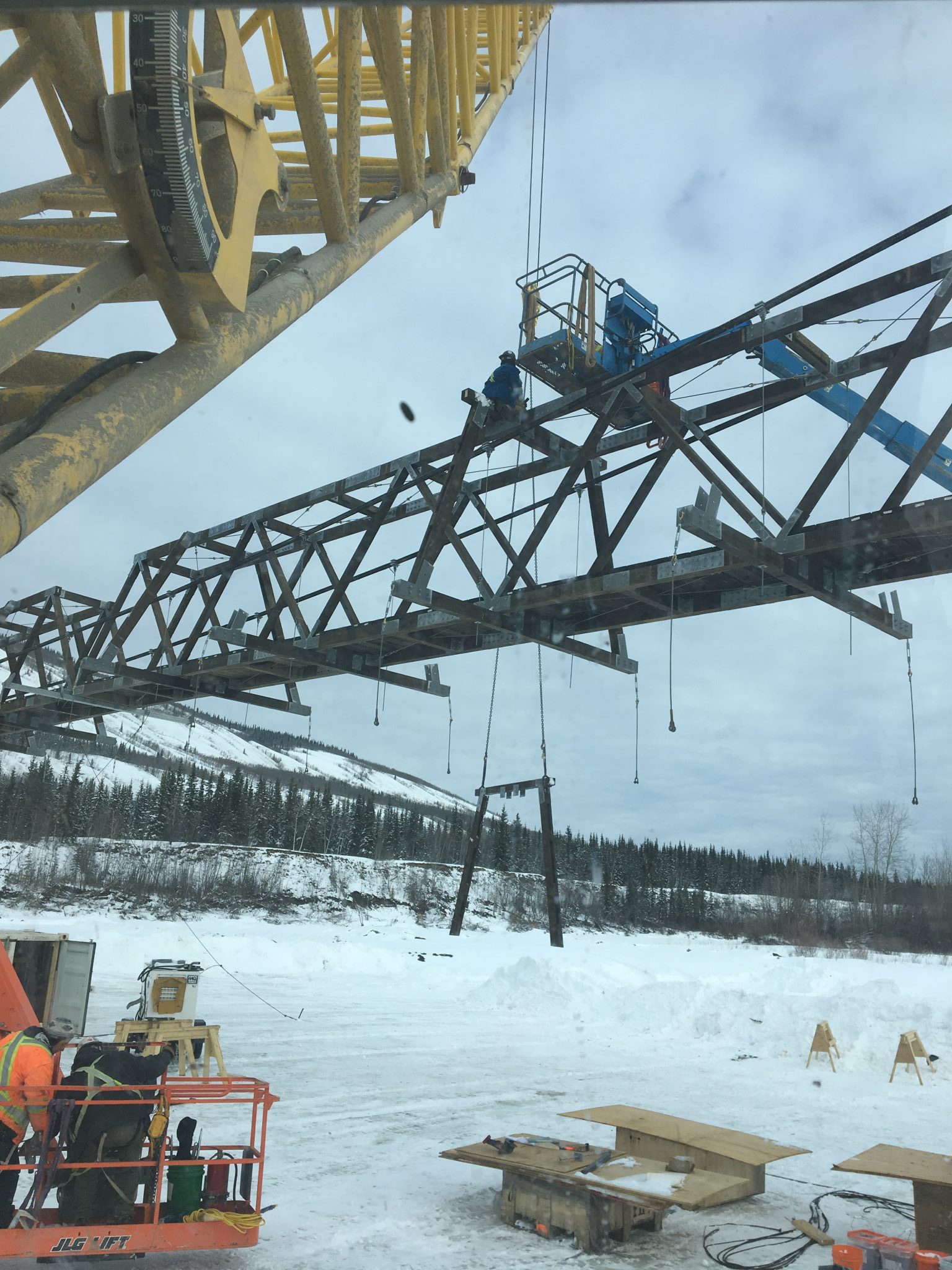 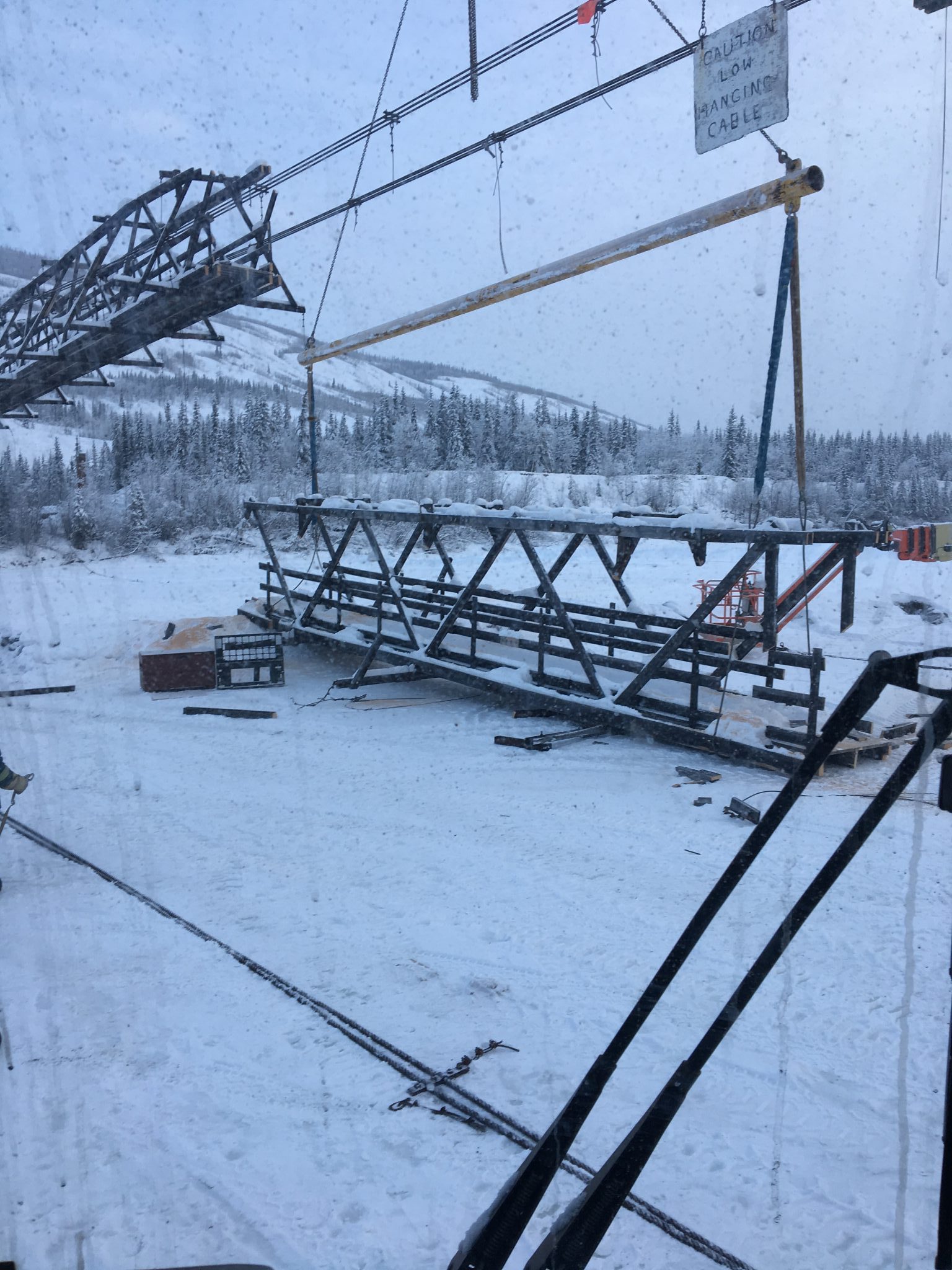 Surespan, working for the Government of Yukon Community Services and Infrastructure Development, completed the bridge rehabilitation. The original bridge was constructed by the US Army in 1944 to carry the Canol Oil Pipeline over the Pelly River; the pipeline carried oil from Norman Wells to the refinery in Whitehorse.  Surespan’s crew, working in temperatures that dropped below -40 degrees Celsius, constructed an ice bridge to support a 110Ton Crane and provide access to both sides of the project site.  A new cable substructure was constructed that included driven piles and large concrete counter weights.  The original bridge superstructure was removed in sections prior to transferring the main cables to the new substructure.  The new superstructure consisted of a treated timber truss system new hanger cables and new wind cable system.  The entire project was completed during winter conditions.