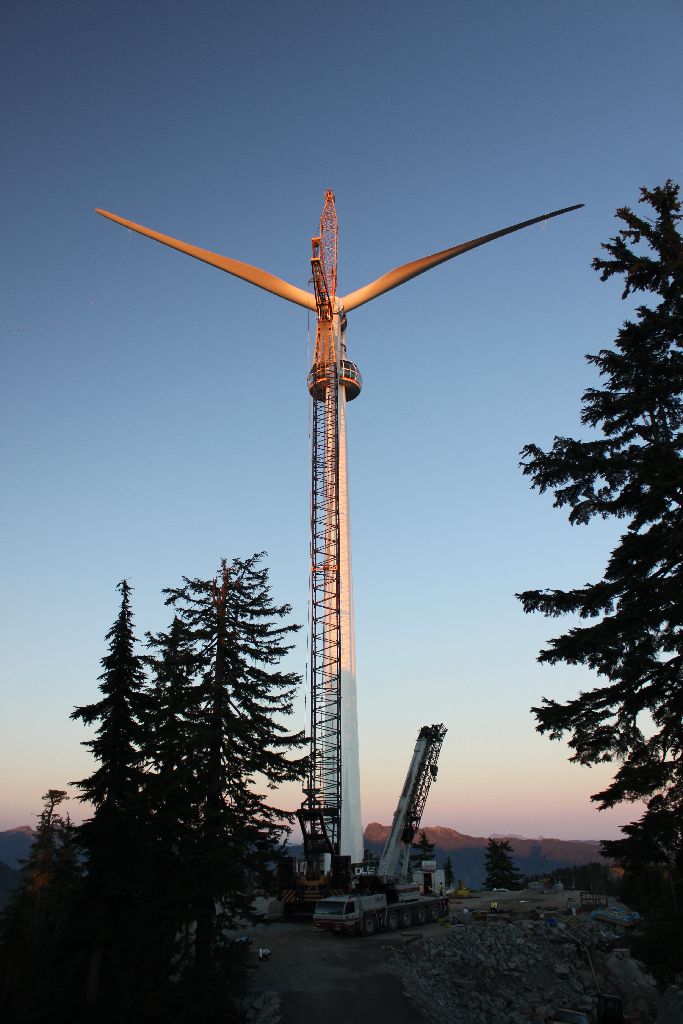 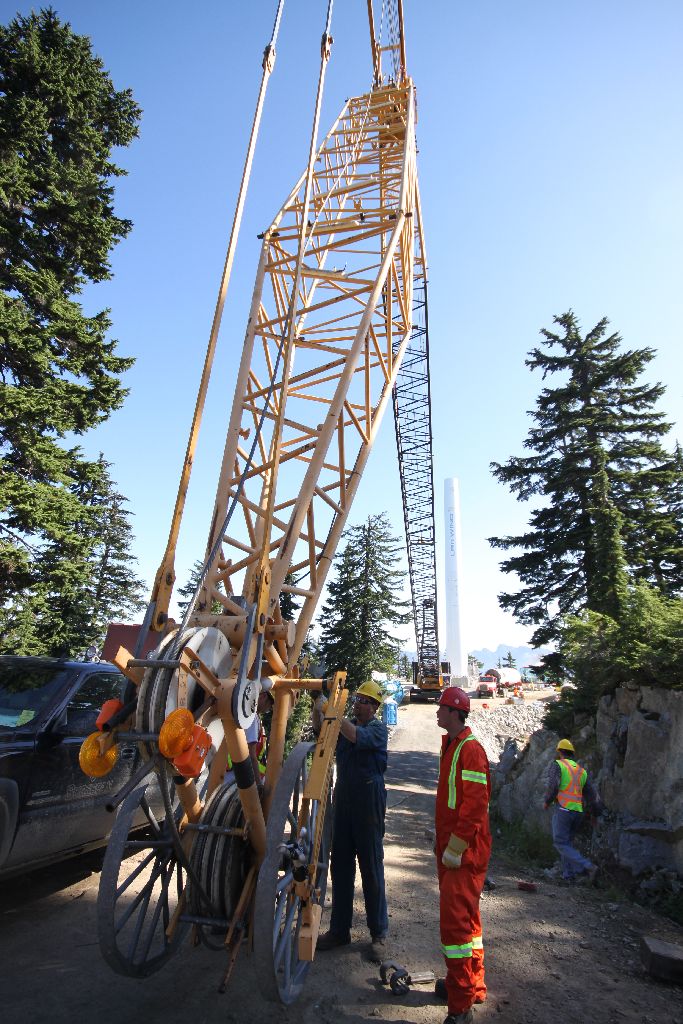 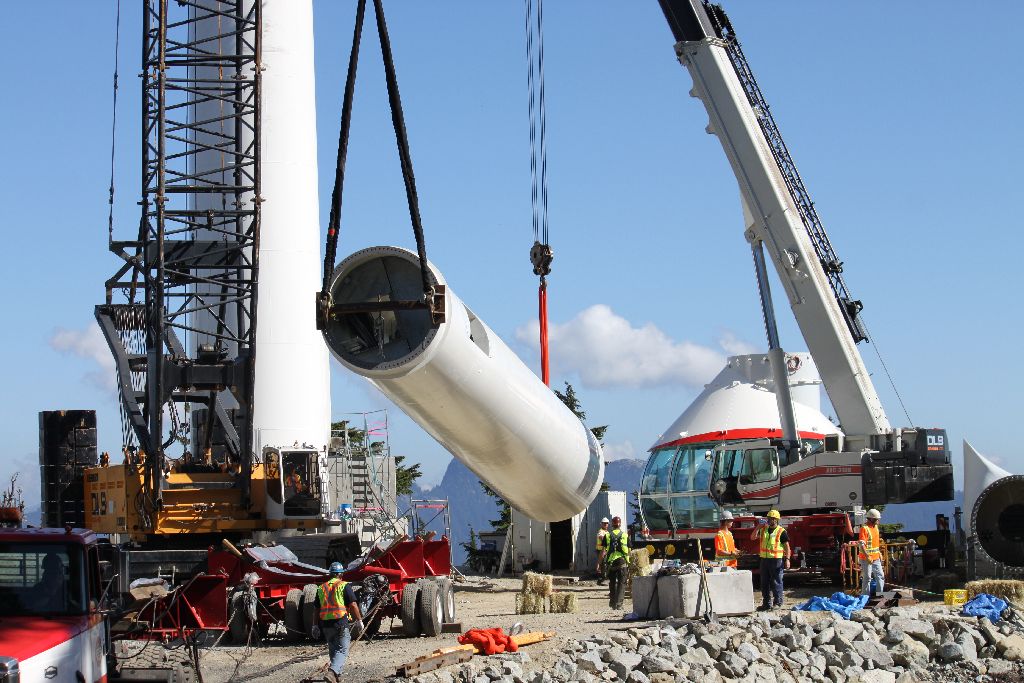 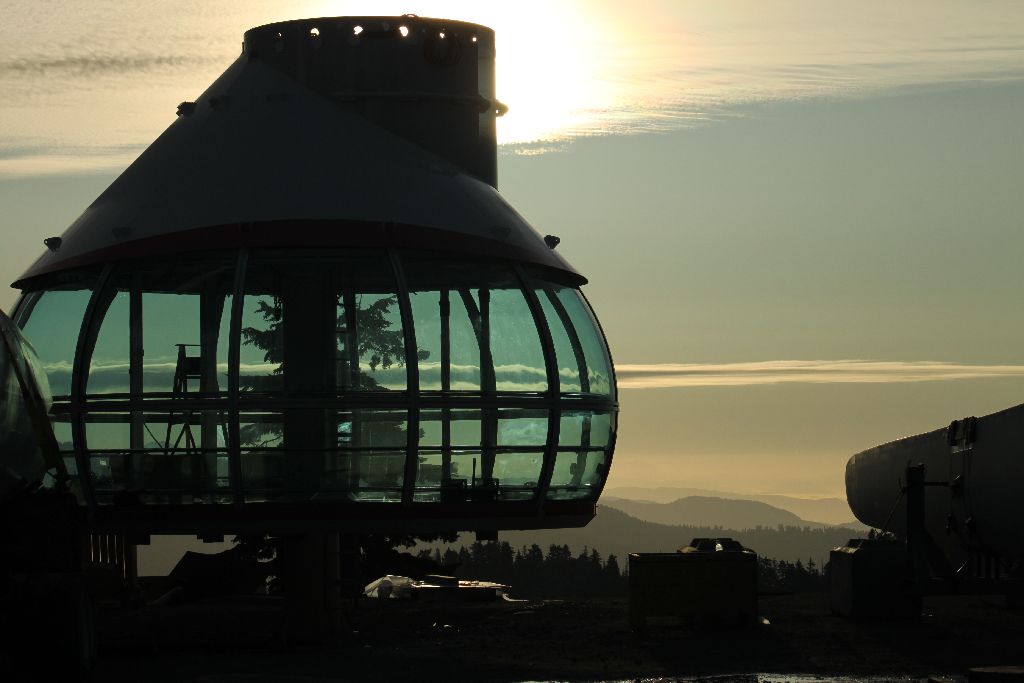 The Grouse Mountain project boasts the first wind turbine in North America to be built in an extreme high altitude location.

The 1.5 megawatt wind turbine which stands at the top of Grouse Mountain, weighs more than 250 tonnes and rises 65 metres from its base to the top of the tower. Construction of the turbine was a collaboration between Grouse Mountain and Italy’s Leitwind Technology. It is the world’s first and only wind turbine that allows visitors to stand in a clear glass viewPOD at the top of the tower, three metres from its massive, rotating blades. Surespan’s part of the project began in late September of 2009. It took longer to get the crane up and down the mountain than it did to erect the turbine. Transportation was provided by Surespan’s off highway lowbed and we used our LR1280 with 190’main boom and 90′ lugging jib which was reduced to 80′ for the generator lift.

Challenges Overcome: The unique aspects of this project included mobilizing to the peak of Grouse Mountain up a winding narrow old mountain road. Staging by the Grouse Mountain Grizzly Bear Den and very limited room at site. The boom was assembled in the air because of a huge dip in the surrounding area. There wasn’t nearly enough room to assemble the 300t crane with the boom length required.