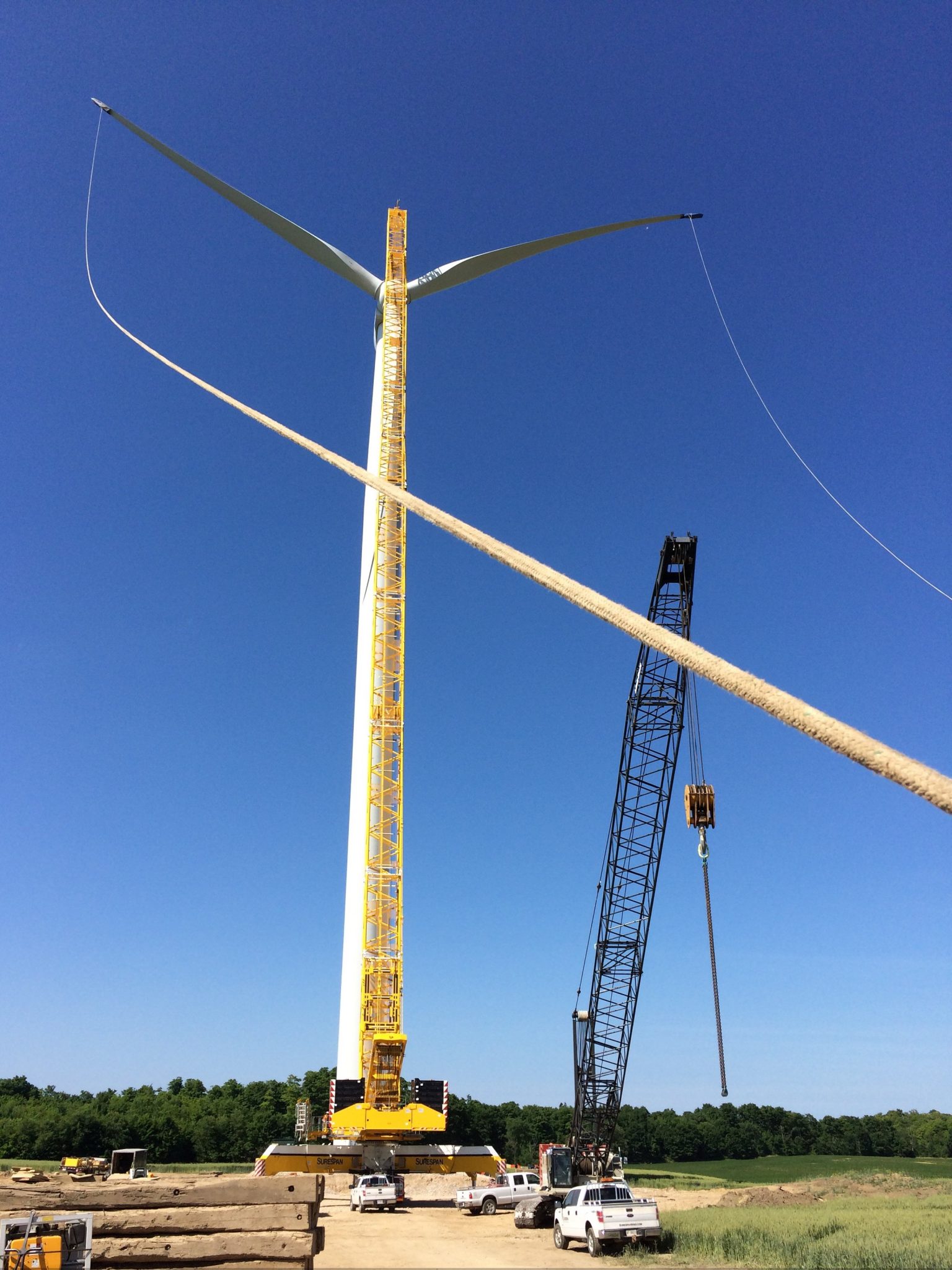 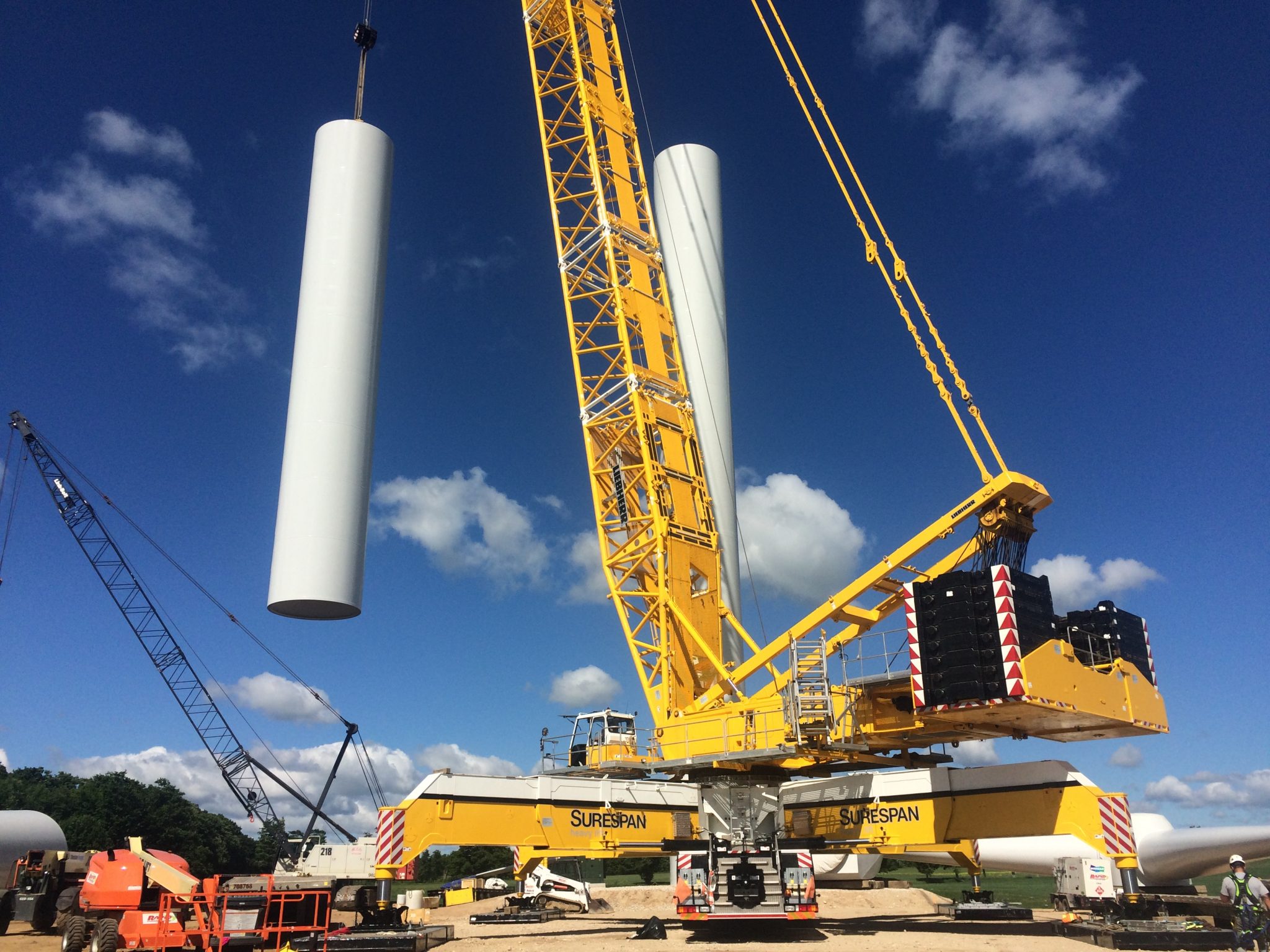 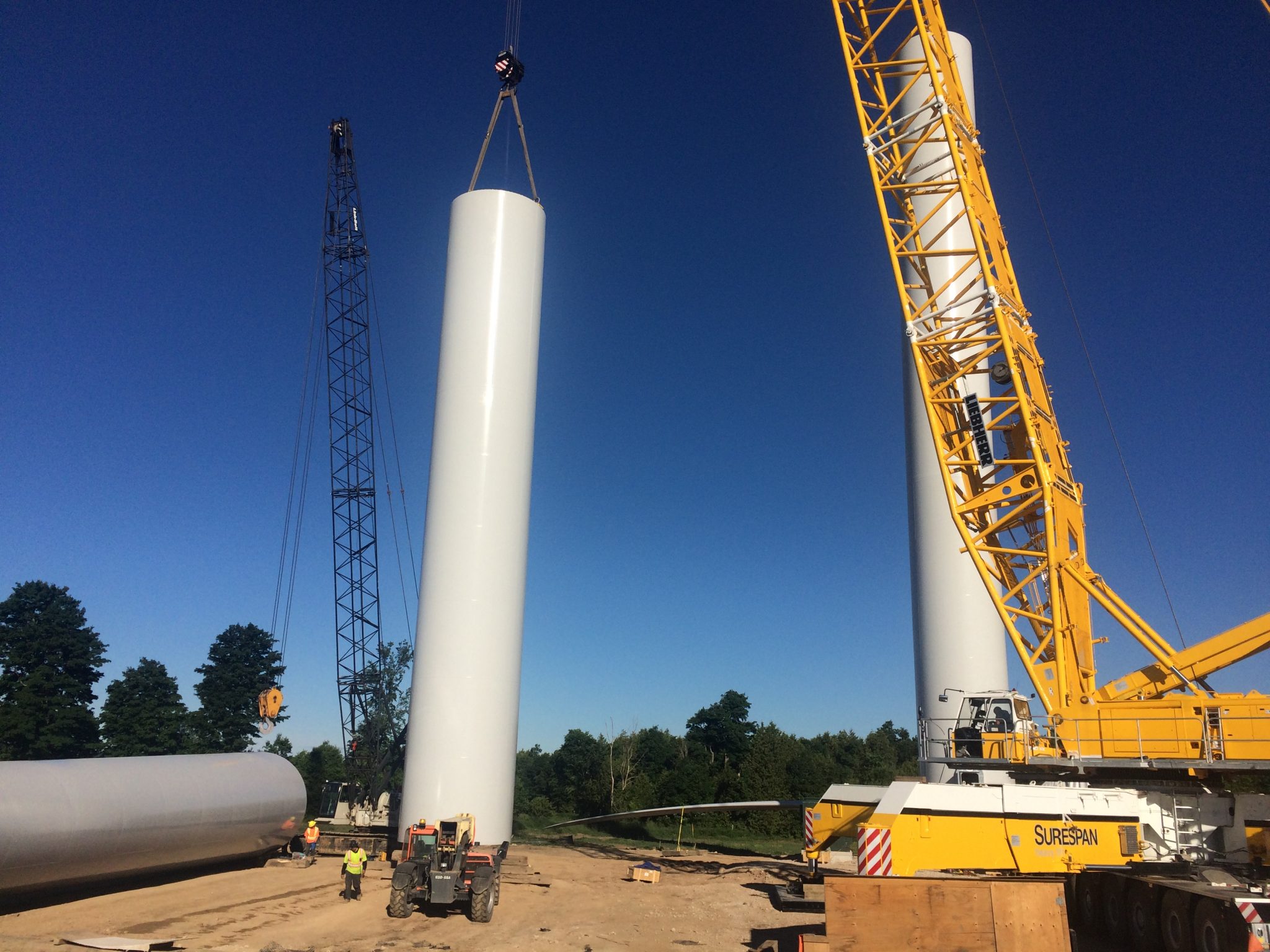 The Grey Highlands wind project was located in McIntyre, Ontario and owned by Capstone Infrastructure. The project consisted of 5 Senvion MM92 wind turbines, with a rated capacity of 2.0 MW. The construction of the project began in September 2015 and completed in December 2015. Erection of the turbines was completed by Surespan’s LG1750 (“The Bean”). Surespan was contracted by CER Inc. to complete the erection and all internal finishing of the turbines. Surespan went on to complete an additional four projects for Capstone Infrastructure and CER Inc. The final phase of the contract was completed in February 2017. Over the course of the five projects, Surespan completed offloading, erection and all in-tower work of 32 MM92 Senvion Turbines.