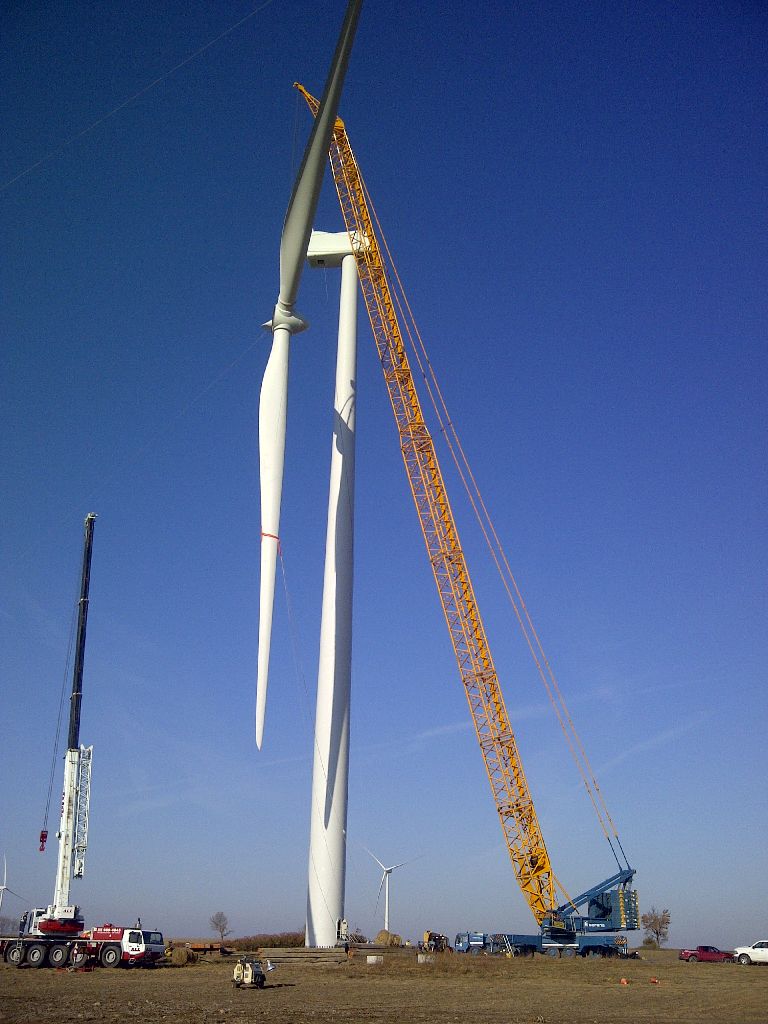 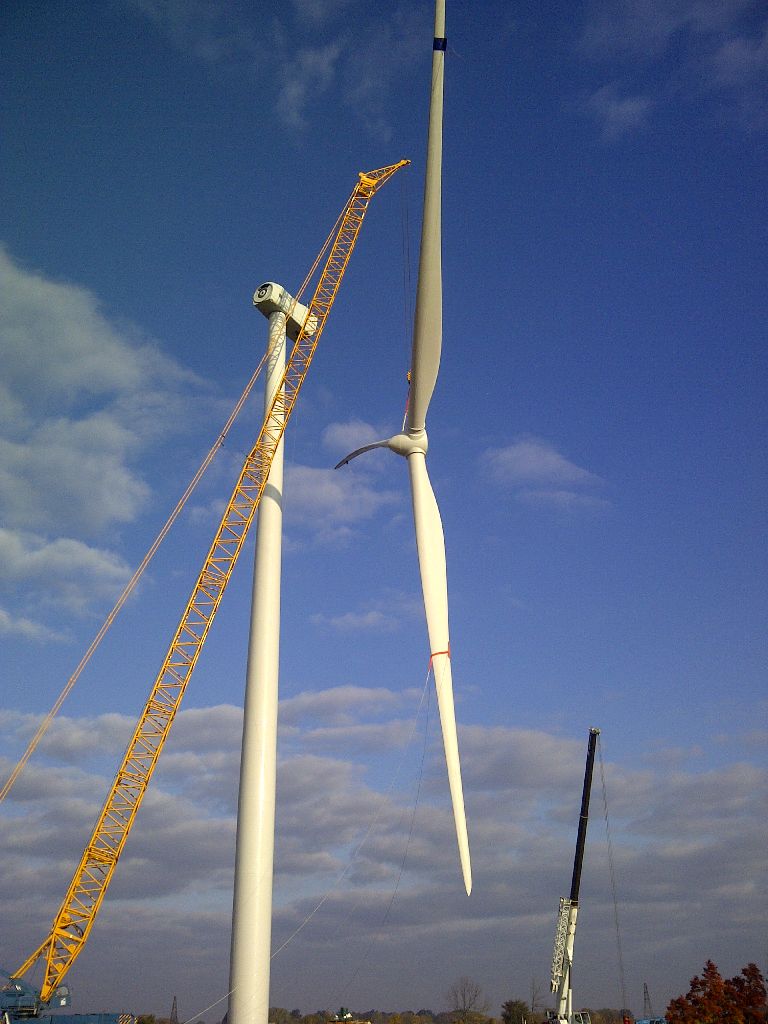 The Gesner project is an example of our company versatility with installation.  This 10MW project involved the erection of five 90 metre tall, 2 MW Gamesa wind turbines. The turbines feature a new aerodynamic blade tip.

The Gesner Wind Farm, owned by Saturn Power, was constructed by Valard Electric over seven months from June to December 2012. Now in service, the Gesner Wind Farm can produce 10 megawatts of power. Each turbine has a two-megawatt output capable of providing electricity for up to 3,500 homes. Surespan provided construction project management, working with Valard electrical contractors to provide QA and QT services as well as MCC completion. Cranes were hired, including an LG1550 to erect the 5 turbines.

Challenges Overcome: This project was rather uneventful until the last turbine, when high winds on the tail-end of Hurricane Sandy shut down construction for 14 days. Once the winds died down the final turbine was erected safely.