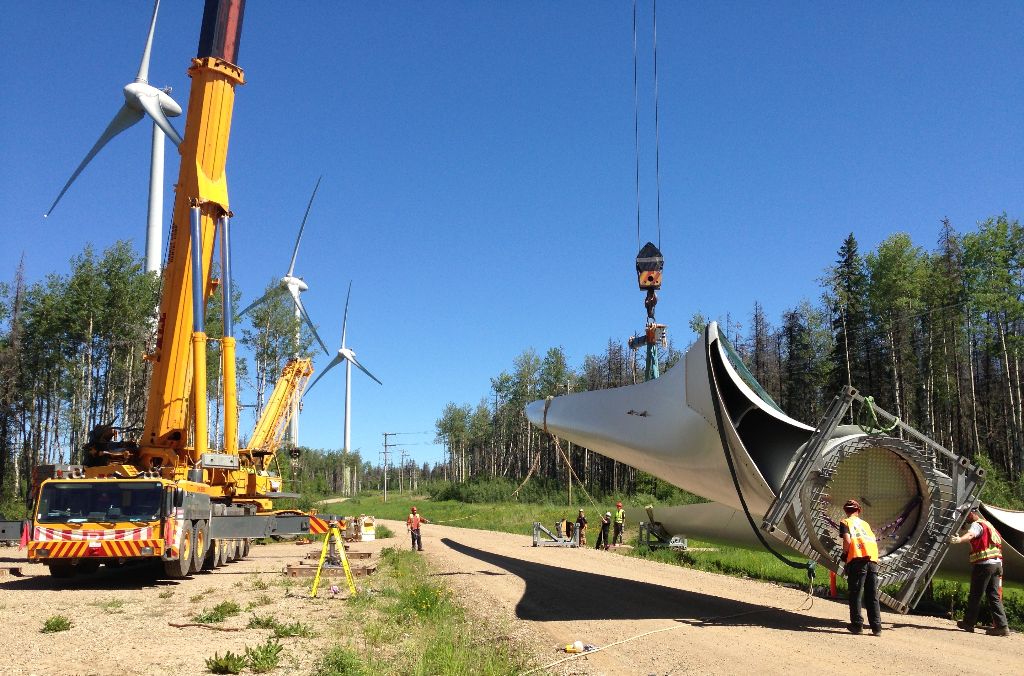 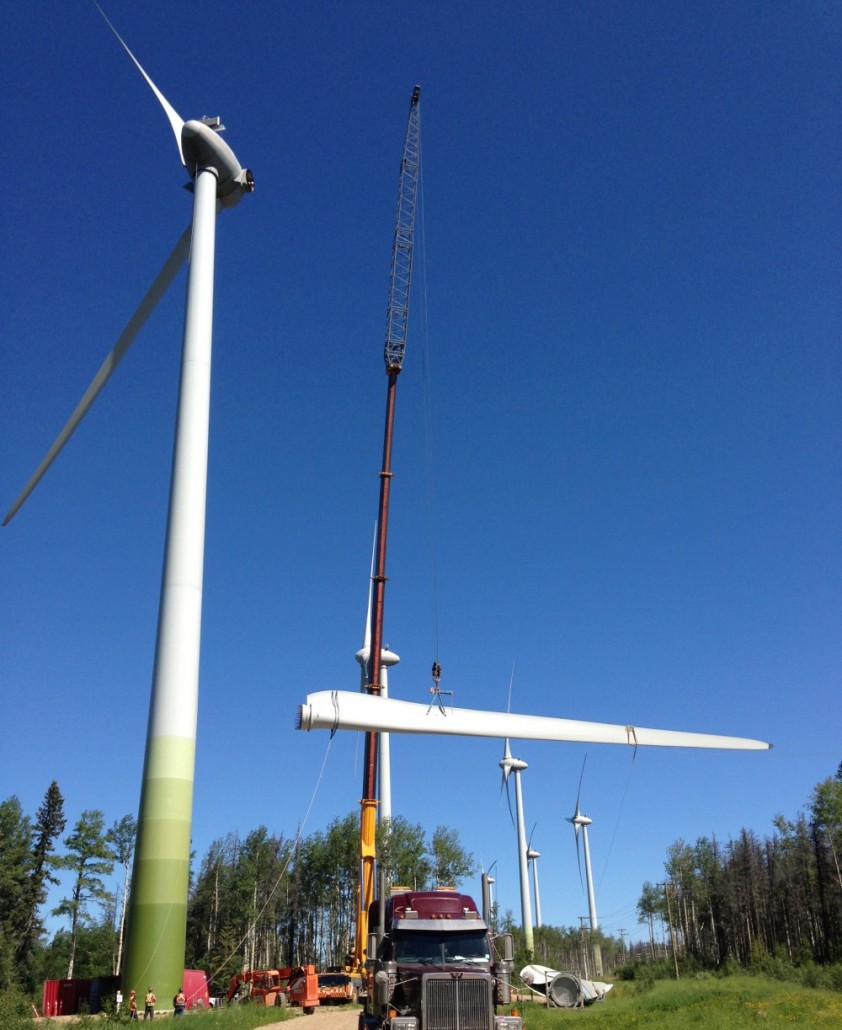 AltaGas’ 102-MW Bear Mountain Wind Park includes 34 3-MW Enercon E-82 wind turbine generators that stand at 78 metres tall to the hub. Surespan was hired to remove and replace blades on 28 of the 34 wind turbines on site in the 25-hectare wind park. The customer had anticipated that the project would take a minimum of three months. The weather was a factor in favor of the schedule, allowing Surespan to replace 84 blades in two months with a 300 metric tonne All-Terrain crane. The customer was very impressed and extremely happy.

Challenges Overcome: The road onsite was 8 km long with 34 turbines on it. The project was during road ban season, which required the contractor to reduce the axle load to reduce the damage caused to the road. Surespan had to strip the crane down beyond what it typically is stripped down to in order to get up the last 3 km of road to go into the site.